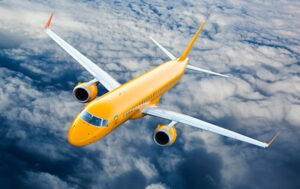 Over the next two decades, the number of commercial aircraft will more than double — to almost 48,000 by 2037. This expansion is being driven by globalization and rising air travel demands — especially in Asia-Pacific.

In addition, fast-growing megacities will also see urban air mobility (UAM) vehicles crowd the skies — in response to traffic and pedestrian congestion on the ground. It is in these areas, with 10 million-plus inhabitants, where the environmental impact of air travel will be felt most immediately and severely.

More takeoffs, landings and lower-flying, shorter-haul aircraft will create additional noise pollution. And, as the number of aircraft swells, so too will the increase in fuel-based emissions.

Consider this: Between 2005 and 2017, CO2 and NOx emissions rose 16% and 25%, respectively. Experts predict aircraft could generate 43 gigatonnes of planet-warming pollution through 2050.

To satisfy several compatible goals — improve planet/population health and reduce fossil fuels dependency — we should be focusing on less noisy, more fuel-efficient aircraft. There are four specific areas we must address to reduce the environmental impact of air travel: propulsion, lightweighting, aerodynamics and noise.

Propulsion Systems Designed With the Environment in Mind 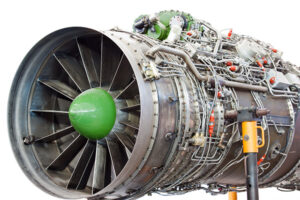 Improving propulsion systems begins with combustion. Optimizing the fuel mixture for a “cleaner” burn will not only increase the range of an aircraft, but also reduce noxious emissions.

Biofuels, used in place of or mixed with fossil fuels, also have the potential to significantly reduce greenhouse gas emissions. Currently, only a fraction of flights are powered, in part, by biofuels, but alternative fuel development is progressing.

Engine design improvements can also mitigate the negative environmental impact of air travel. For example, altering the position of the fuel injection nozzles will alter combustion efficiency and performance. Small changes can produce big results: Customer reports show that for each 1% gain in efficiency, 350,000 tons of emissions per year can be eliminated.

To ensure compliance with emissions standards, engineers can model combustion and reacting flows to see exactly how much CO2 or NOx is being produced when a specific fuel mixture is burned. Optimizing engine design through simulation has been shown to reduce fuel burn by 15%.

Of course, moving to hybrid or electric propulsion systems can greatly reduce, or eliminate, all combustion emissions. To do this, we’ll have to generate more battery-charging electric energy from renewable resources. And, we’ll have to redesign our aircraft to accommodate the added weight of the batteries.

Take the Weight Off 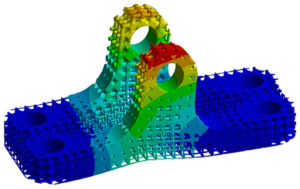 Jet fuel, in a medium-size aircraft, weighs approximately 40,000 pounds, but produces 43 times more energy than a battery of the same weight.

For battery-based systems to fly in the future, two things need to happen:

For this reason, hybrid, two-to-12 passenger aircraft are likely to arrive sooner than larger, all-electric models.

Lightweighting lowers material and fuel costs. Customer data show that for every 1% of mass reduction on a medium range, narrow-body conventional aircraft, airlines could save more than $1 billion per year on fuel and volumes of emissions.

Through the use of simulation, excess materials can be eliminated and new, lighter composite materials can be analyzed for structural performance. When simulation is combined with additive manufacturing processes, we can further optimize the strength-to-weight ratio of aircraft parts.

When we succeed in moving from fuel-powered engines to hybrid propulsion systems, the reduction in fuel and emissions is even more significant. A shift to electric-powered runway taxiing, alone, could save 77,000 gallons of fuel per aircraft each year.

Aerodynamics That Won’t Drag You Down

Fuel efficiency can also be favorably impacted by improving aircraft aerodynamics. According to ANSYS assessments, just a 1% reduction in drag could save more than $2 billion in fuel per year. 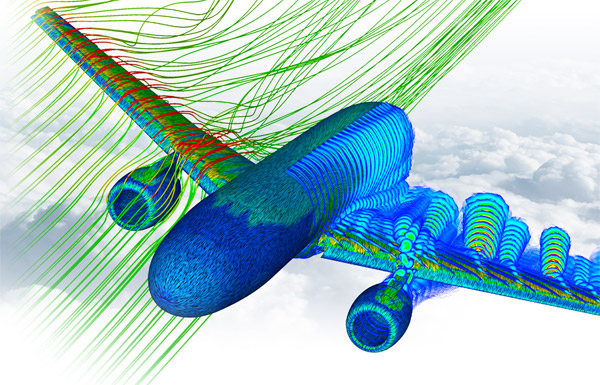 We can use computational fluid dynamics (CFD) simulation to study how airflow can be manipulated to reduce resistance.

For example, our customers have reported annual savings of 83,000 fuel gallons and $247,000 in operational costs — per aircraft — by adding winglets to their planes.

Tackling noise emissions from the growing fleet of aircraft — including low-flying air taxis — is not just the environmentally conscientious thing to do, it’s also an imperative if we are to support future mobility demands.

Noise regulations currently render thousands of airport gates unused, as noisy nighttime flying is prohibited or limited around urban centers. If we reduce engine or motor noise, cargo and passenger airlines can add flights to megacities like New York, London and Shanghai.

Aircraft engine noise can be quieted using aeroacoustic simulation. It combines CFD and mechanical analyses to identify the source and human perception of a noise, so engineers can modulate it for passenger comfort and regulatory adherence.

Moving to electric motors, especially for transport within and around densely populated urban centers, can be easier on emissions and also on the ears. Replacing noisy helicopters with electric air taxis — optimized for noise, vibration, weight, size and performance — can help solve urban mobility issues without breaking the decibel bank.

We are witnessing a transformation in aerospace that is responding to a brand-new transportation paradigm. For A&D to accelerate the introduction of more electric, lighter, aerodynamically efficient and quieter aircraft, it must embrace CFD, mechanical and aeroacoustic simulation to design, test and certify aircraft systems and components.

This blog was originally posted on ANSYS’ website here.